Gwin Pratt, pastor
Gwin is married to Alice Jane, and they have two adult children, Jeremy and Erin. Erin is the Program Director of Minnesota Interfaith Power and Light, and lives and works in Minneapolis. Jeremy is a student at Appalachian State University in Boone, NC.

Gwin has served churches for 34 years in ministry in the PCUSA. A long time peace and justice activist, he has over the last decade spent more and more of his study and time working on Climate Change. Gwin celebrates that the last church he served was a significant factor in the formative stages of MN350, had a large vegetable garden with thousands of lbs. of food donated to the local food shelf, installed solar panels on the roof of the church, constructed two rain gardens to keep rain runoff in the earth and not in Lake Minnetonka, and completed an electrical re-wiring of the church to reduce the church’s carbon footprint. Gwin is excited to be a board member of Minnesota Interfaith Power and Light, which works with congregations to empower them to live in more sustainable ways with the planet, as well as to advocate in the public sphere for care of the Earth.

Gwin describes his spiritual journey as one in which he sees the unity of all things in this great gift of the living earth. The mark of God’s holy message comes to us in Jesus’ prayer that the Kin-dom may come on Planet Earth, this wondrous place of God’s manifestation. Gwin has always been drawn to Liberation Theology, understanding Jesus’ work on earth to be the salvation of humankind from the margins of poverty and broken hearts to the honored place at the Table of Grace. Over the past decade, he has come to see the work of stopping the effects of climate change as the most profound way to address the injustices of poverty and war. 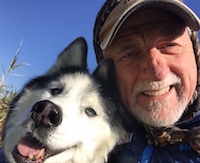 Jerri Johnson, Director of Music
Jerri Johnson made her singing debut at age 3. With her two older sisters (Judy and Jeanie), they formed the famous “The Three Jays” and sang on television. Jerri’s dad taught her to sing music in numbers (1-8) of the musical scale before he taught her to speak words. One of her life goals now is to coerce the PCA choir to do the same. At 7:15 on Wednesday nights, you might hear the choir singing, “One three five eight five three one”! Jerri believes that music can touch the soul in a unique way, and open our hearts to the presence and work of the Holy Spirit. As Director of Music at PCA, Jerri strives to work with the pastor to enhance the worship experience through the medium of well-chosen and well-executed music.

Steve Johnson, PCA Worship Band Leader
Steve Johnson grew up in a family of singers and began singing at an early age. As a teen-ager, his Uncle Richard would recruit him to sing in his church choir during Christmas services, and other special productions like the Elijah, by Felix Mendelssohn. Another Uncle, Van, thought Steve’s personality was ideal for 1960’s protest songs and he taught Steve to play guitar. Steve joined with his brother Dan and learned the joy of engaging groups of people in song. Steve has been making music ever since, playing an eclectic collection of lively music, and singing in choirs and ensembles. About ten years ago, Steve gathered with some talented fellow musicians at PCA to create more contemporary Christian music. It was so much fun that the PCA Worship Band was established as a permanent fixture of the PCA worship experience. Steve loves enlivening worship with a variety of heartfelt Christian songs that bring a message of peace, justice, hope and love. 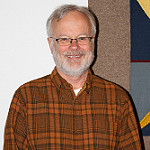 Paul Berry, Organist/Pianist
Paul has been the PCA church organist for over 40 years. He refers to himself largely as a self-taught musician. Having taken only a few piano and organ lessons as a kid, he served as a youth organist at a Presbyterian Church in Portland, Maine, while in high school. During college, he took no courses in music, and earned a PhD in Psychology. Upon moving to the Twin cities in 1971, he joined PCA, and was asked to substitute for a "short time" for the regular organist to give her a break. That was over 40 years ago. Since that time he has had the privilege and blessing of serving in the music program at PCA. His growth as a musician has developed through working with a number of outstanding musicians that have graced PCA over the years, particularly through our gifted pianist, Sue Carlblom. Paul considers his ministry of music to the church to be a gift from God, a privilege which he gratefully extends to the congregation each week. 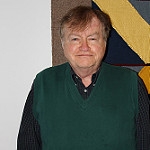 Join us! We are searching for a new Pastor

Please see the full job description for more detail. Resumes and cover letters can be sent to office@pcota.org or
Presbyterian Church of the Apostles
701 E. 130th St.
Burnsville, MN 55337